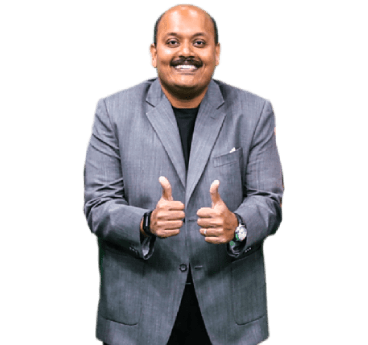 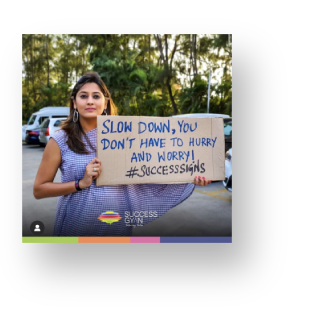 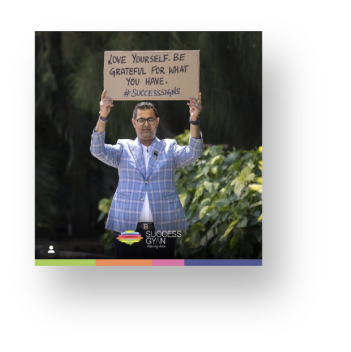 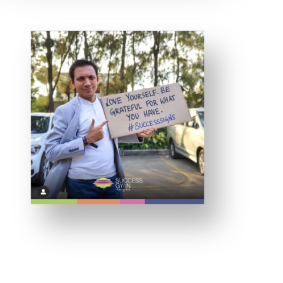 Instagram Creator Seth Phillips, also known as the #DudeWithASign, posted two pictures of himself with a signboard and became very popular for his funny content. This format became viral, and several brands started leveraging this topical content.

We created a unique hashtag campaign #SuccessSigns on Instagram, where we published photos of Success Gyan speakers and Influencers with signboards. These signboards had the Success Mantra that the influencers used to achieve accomplishment.

We had popular speakers such as Surendran Jayasekar, Rajiv Talreja, Siddharth Rajshekhar, Sebastian Beja, Karan Hasija, Bhakthi Sanghvi, and many more partake in this campaign. This encouraged thousands of their followers to post a picture of themselves with their Success Mantra using the hashtag #SuccessSigns.

The campaign was promoted on multiple social media platforms and SMS and Emailers to get maximum reach. An Exclusive landing page was created for the campaign so that the users could know more about what Success Signs was about and how they could participate. The Landing page had complete information on who Success Gyan is, how the audiences could participate, and a CTA that urged them to participate. 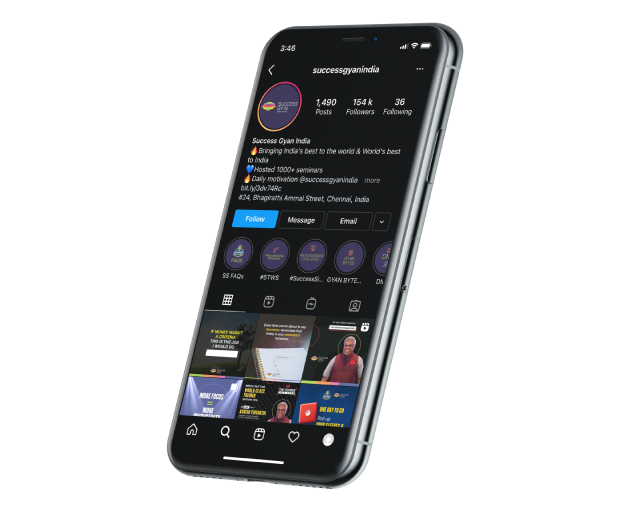