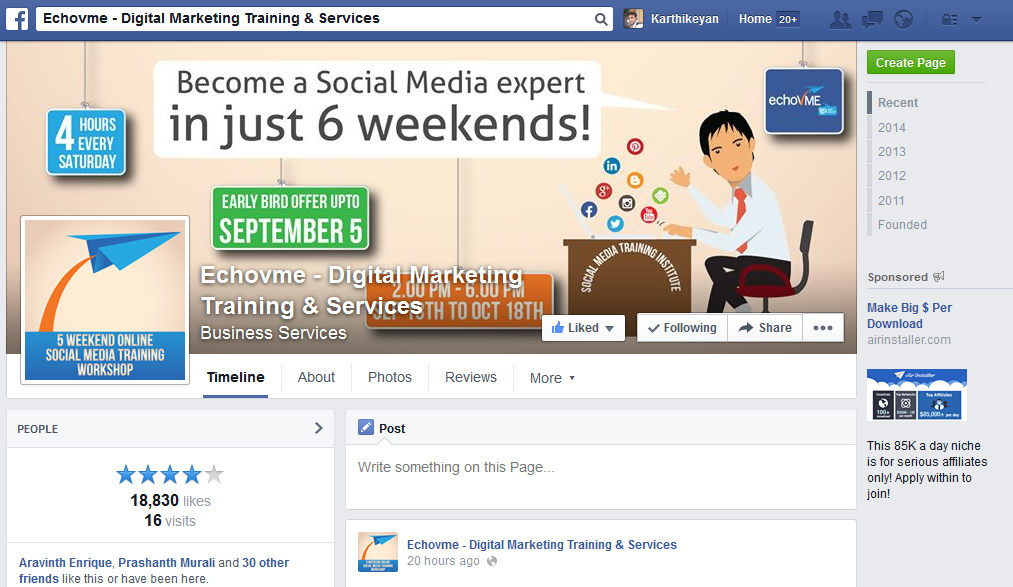 I went for a school reunion last week. Besides the fact that I came to know of it because someone had created a Facebook event about it, the reunion a group discussion of Facebook Newsfeeds.

“Hey, you’re seeing someone right? Karthik, if I’m not wrong!”

“Oh yes, I am. I saw your honeymoon pictures. My God! You both looked lovely.”

“Yeah man. Right after I returned from the States.”

“Did you know that Priya eloped?”

“Yeah. With Kiran. I saw them in Arjun’s Facebook album.”

“Feed my cow man! I keep sending you requests and you never respond.”

“Hahahaha. Didn’t you know I was more of a Mafia-wars kinda guy?”

And these things went on and on. There was a very small group that belonged to the Orkut generation too. Well, you sure as hell know what was their situation in the Facebook talk. In the end though nobody really wanted to exchange phone numbers. There was a ‘find me on Facebook’ session before people said bye to each other.

On TV and the movies

In fact, last year in a Tamil film called Vinnaithaandi Varuvaaya, two women sat around looking a Facebook pictures for a noticeable while.

Even the unpopular literature

I have found references to Facebook in the most unexpected of situations. In a collection of poetry that I was recently reading (called Ms. Militancy) which is Dalit feminist literature, I read about Facebook. Beat that!

In walks of life

We have all gone through that phase of thinking in Facebook statuses or Tweets. We’ve all seen live cricket commentary on Twitter and bled blue on Facebook. We have all gone to meet a colleague and come back in a hurry to tweet about their idiocy. We all have put up blog posts and done runs and reruns of the plugs. We have all followed popular people and refreshed