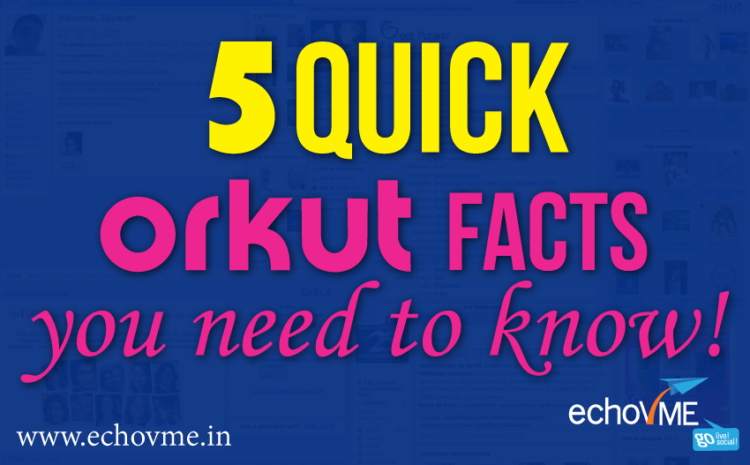 I’m going to be completely honest here. Dear Orkut, nope, I won’t miss you one bit. Nada. Not a chance.

But, you will always be etched in our memories forever. It’s like you’re our first social network love (haha) which means there were fights, embarrassments, flirting, etc. It was the place where we formed many a (reluctant) friendship, begged our friends for testimonials shamelessly and still ended up grinning ear to ear once we received it, struck up a deal with friends asking them to write you one if you’re going to write one for them, scribbling on scrap books, sigh. Those were the days.

On this day, allow me to tell you some interesting facts about Orkut you never knew:

1. Orkut was originally created because of a failed negotiation with Friendster

When Friendster turned down an offer to be bought by Google in 2003, Google internally worked to launch a similar site.

2. It was founded by Orkut Büyükkökten

A product manager at Google, Orkut Büyükkökten founded the social networking site after being commissioned by Google and was launched in January 24, 2004.

3. Orkut was banned in 3 countries!

It was ranked the world’s 6101’s favourite site as per a study conducted by California based site Alexa ranking on May 2014.

5. Most Number of Users in India & Brazil

Did you login one last time into Orkut today? Do it just once, for the love we all had for the beloved social networking site 🙂 Adieu, Orkut!