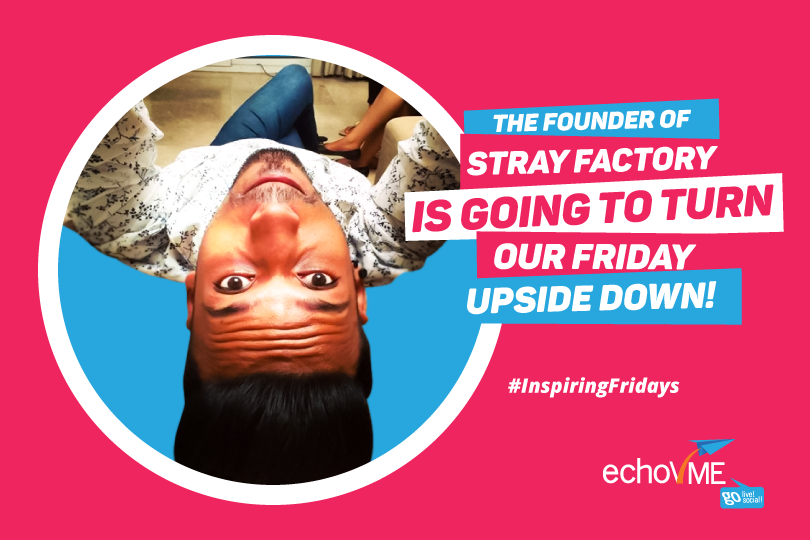 This Friday we had Mathivanan Rajendran – Founder of Stray Factory, a media and entertainment company to take the stage. Mathivanan quickly started out with a question asking us if we knew when exactly theatrics started. While most of our answers placed it around the times of monarchy, some of us dated it to the BCs. He stated it to have started way back and that theatre has been with us from time immemorial! We were asked to form a circle to mimic a campfire set up, so he could show us how theatrics took shape in the days of early-men.

Asked to sit in a circle first, we were then instructed to close our eyes and then narrate a recent incident in one line. While the first lot of us was done, he instructed one of us to start humming. The next set of incidents that people began to narrate seemingly began to sync in with the music and was rather enchanting, in a way.

We moved on to signing our names, but not in the modern pen on paper way. Mathivanan wanted us to tell our names to each other using only sign language. This was a first for almost all of us and a smaller part of the crowd had only begun to think what their name actually meant. It went from hilarious to interesting as he helped us out with his pick of gestures.

With a bunch of us volunteering to act, he whispered into one on our ears the scene we were supposed to enact. The scene was supposed to be completely mute. It took the rest of us a minute to understand what exactly the performers were trying to portray but the minute we identified it to be a police station, he wanted one of us to become the sculptor. He wanted us to fine tune the scene to make it look more believable.

He was open to questions and quite a few were shot at him.

What is the most you love about what you do?

It’s all about creating experiences for people. We do things that people wouldn’t be able to see elsewhere and that’s the beauty of what we do.

Has acting ever taken a toll on your character in real life?

Acting, in general, tends to make you a lot more sensitive to things that normal people would just dust off their shoulder.

It definitely has! We go into play so many different characters that each time something new opens up and you begin to understand why each person is the way they are.

Mathivanan ended it on a note that all of us should try taking a swing at theatrics because the lessons that come with it are for life!