A Complete Guide To The Google Panda Algorithm Update 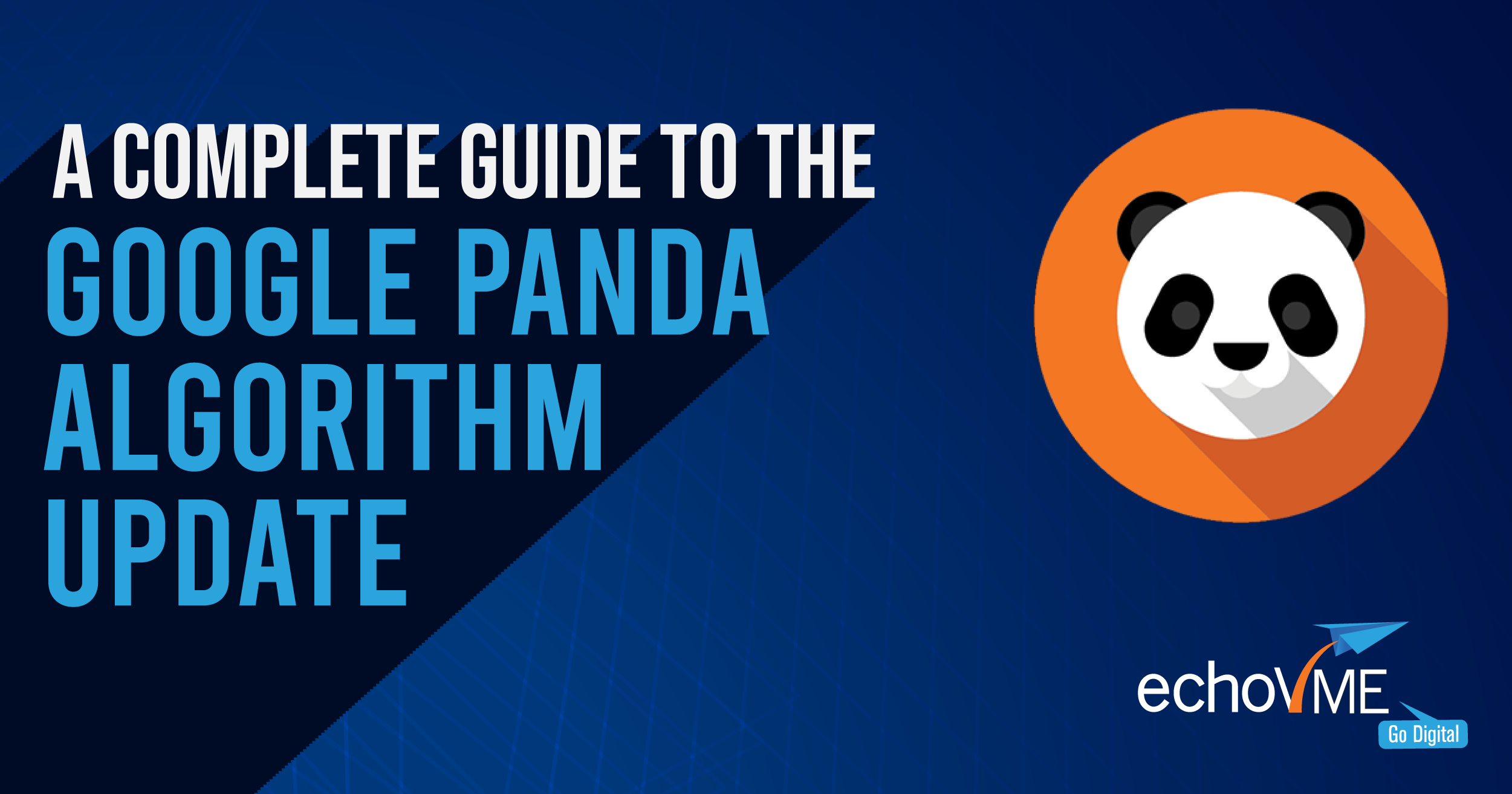 The update introduced in 2011 was meant to eradicate or diminish the low quality of Google’s organic search results page. It was designed to reward high-quality websites and eliminate black hat SEO techniques or web spam. During that era, there was a rapid rise of complaints from users regarding “content farms” along with other webspam techniques becoming rampant. The Panda algorithm update was initially known as a “Farmer”. In the following blog, we will make you understand the purposes and updates of the algorithm.

Since 2011, the algorithm kept being updated, which had several drastic effects with websites being penalized. Fast forward to 2021, Google and several search engines focus on improving user experience and offering good quality content that resonates with the audience. Since 2016, Google has announced that the Panda update has become a major part of the new core algorithm. The update played a pivotal role in determining the quality of the website while ranking.

We hope the information and improvements in the following parts will help you comprehend the algorithm much better!

What Does The Google Panda Update Do?

It was an update to combat several black hat techniques and webspam activities. Its main goal was to improve user experience by ridding top search spots of web spam pages and punishing websites with low-quality content. In a nutshell, it targeted low-quality websites by lowering their rank. It took into account several factors that helped to enhance the user experience and reward websites with fresh quality content:

Multiple instances of copied information on the Internet. When many pages on your website have the same text with little to no variation, this can lead to duplicate content problems. The Panda update would rank these websites low, which consisted of duplicate information.

Websites that lack good quality content or whose information doesn’t resonate with the audience would be poorly ranked.

The panda update would drastically impact websites whose information is deceptive or not verified. Several sites aimed to create trustworthy content and are recognised as official sites that would offer valuable content that stands out among others.

It would refer to websites that lack authoritative information or blogs with guest posts, grammatical errors or inappropriate content.

Numerous pages of poor quality, are frequently compiled from other websites. An example of a content farm is a website that uses numerous writers at low pay to produce brief articles that address a wide range of search engine queries. As a result, the website has a body of content that lacks authority and reader value because its sole objective is to rank highly in search engines for every search query.

When a website promises to deliver valuable content that offers insights, it might create disappointment when it fails. For example, when clicking on a shopping website that promises to provide discounts, there might be no discounts or coupons, leading to more bounce rates.

Your main priority is creating original content free from pointless keyword stuffing, poor links, and other antiquated SEO techniques. Not only will Google place your website lower than other sites with better content, but any visitors who find your site will likely feel discouraged to engage with your company based on poorly written content.

What Was the Main Purpose of The Google Panda Update?

When the panda update was introduced, several websites aimed to create good quality content and rank better on the organic search results page. They didn’t want their websites to get hit or penalised by the Panda algorithm.

How can I know if I’ve been Hit by a Google Panda Update?

There are several; factors you need to consider that can affect your site rankings. It can be due to the competitors outranking you or any spam activities leading to penalties due to the reports issued. If there is a loss of rankings, you can check the following table, which lists certain practices not being obliged under the guidelines.

How Do I Recover From The Panda Penalty?

If the Panda update has hit you, you will notice a sudden decline in traffic, online visibility, and a major drop in the keywords in the search results. However, you can perform the folwing guidelines to recover from the penalty:

websites that regularly post high-quality, unique material have little to fear from this upgrade. However, if your website has engaged in questionable tactics, it may have already been penalized by Panda. From a practical business perspective, creating a brand respected as an authority in its industry and creating a website that develops a reputation as a reliable resource due to its high-quality content are your best bets for avoiding Panda.