Get A Quote
90 Views

A Complete Guide To the Google Penguin Algorithm Update 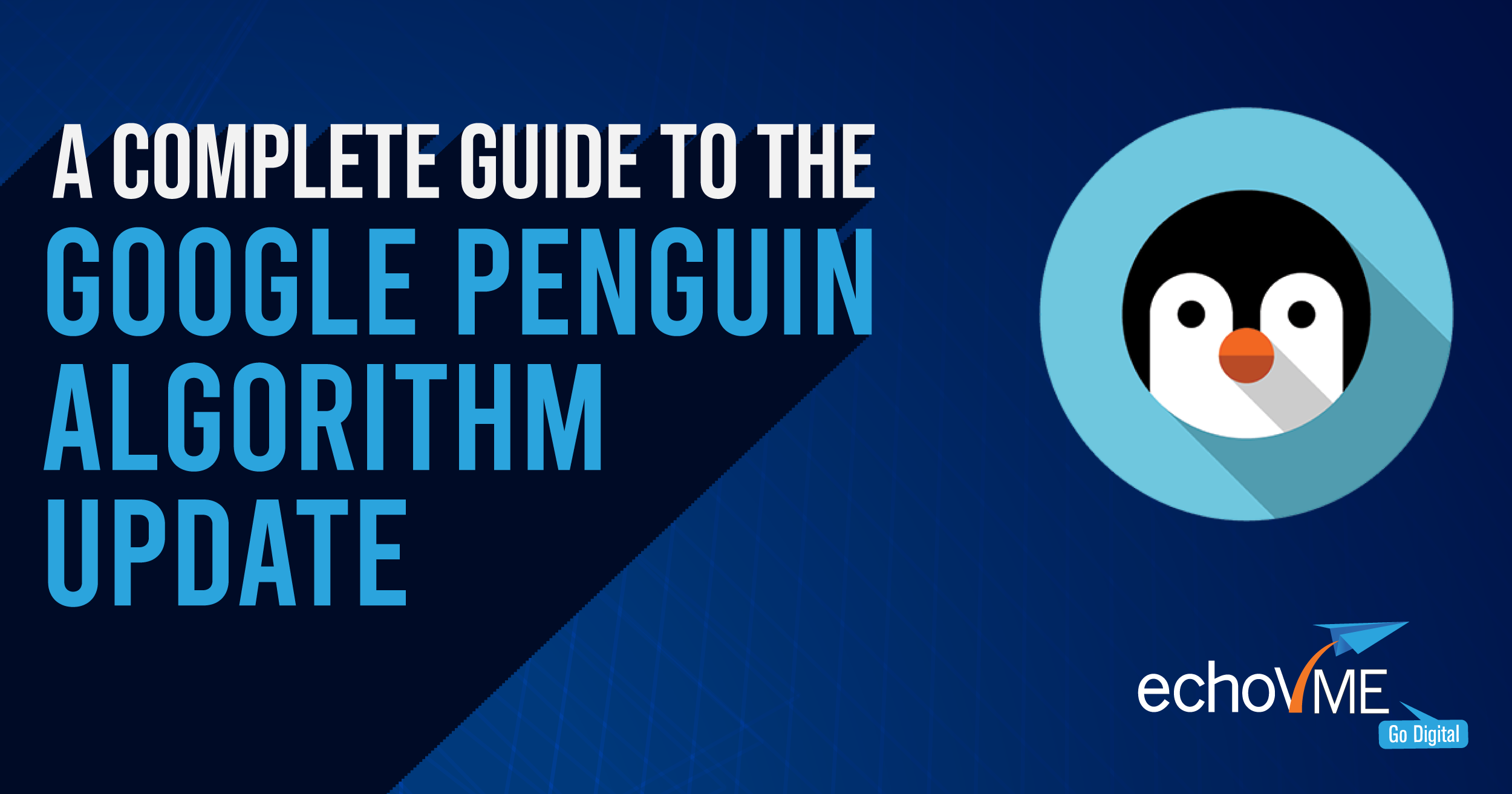 What is Google Penguin Update?

The Google penguin update has brought several drastic changes in the organic search results. It is because the websites that used black hat SEO techniques were severely affected due to several SEO practices like keyword stuffing, cloaking or inappropriate link-building practices.

Google forbids using such SEO practices as keyword stuffing link schemes that are inappropriate for the Webmaster guidelines. The algorithm update would not let websites go against webmaster guidelines. In the following section of the blog, we will dive deep into the penguin update.

When Did The Penguin Update Take Place?

What forms of the update does the webspam fight?

According to the webmaster and Google webmaster quality guidelines, several techniques or updates were renewed:

What Was the Goal of the Penguin Algorithm Update?

Google Penguin algorithm update was mainly initiated against webspam activities with the goal of optimizing search results. It was achieved when higher quality content was directed to acquire high search position results and enhanced the technical website performance. It helped to reduce the number of sites to perform black hat SEO techniques, that were manipulated with link scheme practices.

WHY WAS THE GOOGLE PENGUIN UPDATE NEEDED?

Google was looking forward to designing an update or an algorithm that would tackle the low-quality content, and bring effective change in the search results. Th penguin update was Google’s response to the manipulative black hat practices, or automatically generating duplicate content that would manipulate search rankings. The algorithm was formulated, with the objective to gain control over blackhat spamming techniques.

It was formulated to gain major useful insights on how websites or webmasters were earning and to ensure that natural, authoritative websites following the Google webmaster guidelines were rewarded, and manipulative websites were penalised. The penguin update was mainly formulated, to encourage white-hat search engine optimization techniques, and focus on creating amazing compelling websites that stand out among others.

How do you know if the website is hit by the Penguin update?

If you see a website that had the majority of its traffic removed between the 23rd and the 30th of April 2012, then more than likely it was punished by Google Penguin. On top of that, another indication that Penguin affected a site is if there’s a downward trend in traffic for weeks or months. Yet the fact that those sites went down and came back up suggests strongly that an algorithm has been updated.

The Penguin update is now a part of our new core algorithm. Google algorithms consist of several signals, for the freshness of the content, website ranking or page rank. One specific signal that was formulated was the Penguin update, in 2014.

According to recent studies, the penguin update affected more than 3% of the search queries. The 2.0 penguin update that was released in May, had affected roughly around 2.3 % of queries. It is stated that the Penguin update was formulated, to aim at the several manipulative practices, that were aimed by black hat SEO practitioners. Particularly, two manipulative techniques were targeted, link schemes and keyword stuffing. The penguin update was targeting link schemes, an umbrella term for those practices that manipulates Pagerank or a site’s page results. In a nutshell, violation of Google Webmaster guidelines. exchanges, paying for links, and other unnatural link practices.

Penguin update aimed to formulate the unnatural keywords, with good quality content. Penguin’s initial launch aimed at keyword stuffing. Google’s Penguin update was originally formulated to combat spam and manipulative link practices. Since the release of Penguin, a new understanding appears to have been cultivated among SEOs of what good link building really is — and it’s no longer as straightforward as it used to be. While links are still a strong ranking factor for search engines, how they are valued in comparison with other factors has become a bit more nuanced now.

There have been several updates and refreshes made in the Penguin algorithm. The penguin update is an update of the Google ranking algorithm. Back then, the rollout of this update had created several changes in the search result practices. Several search engines like Google, wanted this update to fight against the webspam and manipulative black hat practices.

This wasn’t a change in algorithm, but it was Google’s first refresh of rankings based on the new data that had just been ingested. Websites that addressed problematic links and bugs before Penguin launched saw their previously afflicted pages recover in the search rankings (rather than those they had previously over-optimized). Google attempted to stop several manipulative practices, black hat SEO techniques, that would disrupt the Google webmaster guidelines. It initiated a practice, of raising penalties, for sites employing manipulative tactics. The penalty would be removed once the algorithm is updated.

Like the previous update, this new update rolled out on October 5, 2012. It was basically data refresh. Only a few data queries were affected. All in all the update appeared to impact just 0.3% of English language queries, with similar numbers for queries in other languages.

There are some updates to be aware of when it comes to updating the Penguin algorithm. As with most Google algorithms, the refresh rate is quite often, but there have been a few ones that have been fairly noteworthy. The official release date was October 4, 2013, and applied to about 1% of queries. While there wasn’t really an official explanation straight from Google regarding this update, we do know that it generally advanced how deep Penguin crawled into your website and crawled even deeper in order for a more thorough analysis of whether or not spammy links were contained.

Arriving on the web on 4 October 2013, Penguin 2.1 introduced a host of speculative theories surrounding its inner workings. This version of Penguin was said to have impacted 1% of queries in comparison to Penguin 1.2 which had only affected 0.3% of English queries (though it’s worth noting that 1 in 200 queries was affected by this version). In contrast, what exactly the update has changed about itself remains unclear because Google has never given any official narrative or a detailed report on the matter. This new version of the penguin update was a unique punch to the spammy sites.

This version was a real-time and core algorithm. This update, in reality, was the next-generation level update for websites. Beginners saw the release of penguin 4.0 as Google’s core algorithm. However, Google released a statement saying, it would no longer, release any further updates to the Google algorithm. In real-time, the penguin update would monitor and evaluate website performance, and links in real-time.

Historically, Google’s list of sites affected by Penguin was periodically refreshed every so often. With this change, Penguin’s data is refreshed in real-time which means that changes should happen much faster than before with typically little to no waiting period in between when a webmaster makes improvements to their site and their SEO taking effect shortly thereafter.

Websites have gradually changed over the years. Now as per the webmaster guidelines, several companies focus on creating compelling websites, with good, quality content that stands out among others. All these updates were formulated to gauge the website search engine optimisation techniques and eradicate the manipulative practices. Hope the above-listed pointers, helped you understand the penguin updates forming a major part of the Google core algorithms.