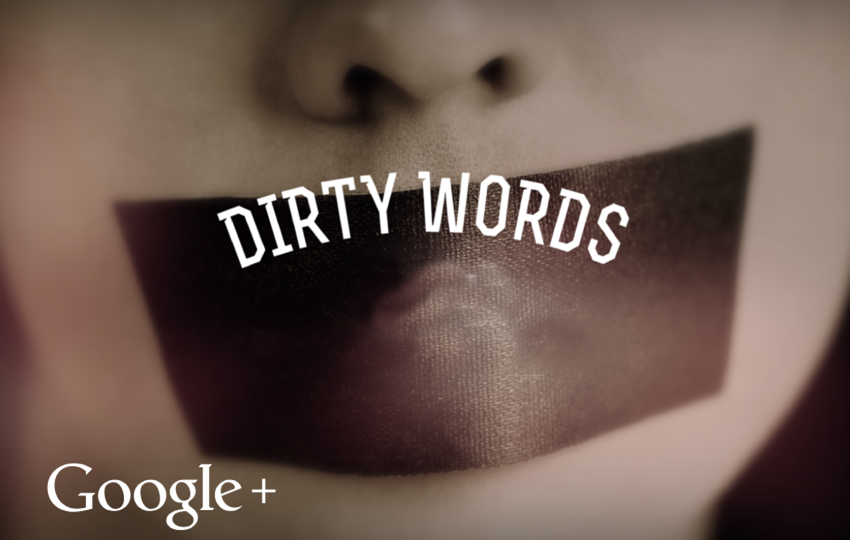 People on Google+ cannot swear any more.  Why? Because Google+ is censoring the’ Dirty words’ used in user’s updates and comments. Any abusive words/ phrases will be blocked from the stream pages (yours and your friend’s stream pages). Is it true? Yes, 200 Google+ users validated it, after checking their updates/comments.  Many Google+ users have re-checked this by posting updates with such words in their updates/comments. Sometimes the comments/updates were seen, but not other times. While they could see on their profile, others on streaming pages couldn’t see. One of the users’s got an e-mail notification too. Google reacted that though they were looking at censorship behavior, they said it was result of a bug and ‘it was unintentional’.

The Google+ censorship began with a thread post by Delph Fox, a redditor posted that “silently censors the 7 dirty words from streams.” Soon, comments started pouring in from Google+ users themselves complaining about how their comments /updates with such words/ phrases were not visible on stream pages. Though some felt it was anti-spam measure to protect users, other users felt it was typical of Google. Google set censorship policy on Google search engine few months back, which auto-censored words.  So, will this affect Google+ while its competitor has no such policies?  With Google+ competing to win edge over Facebook, this censorship thing could probably be a hindrance.