Movie Review: Should You Watch #PK or Not? 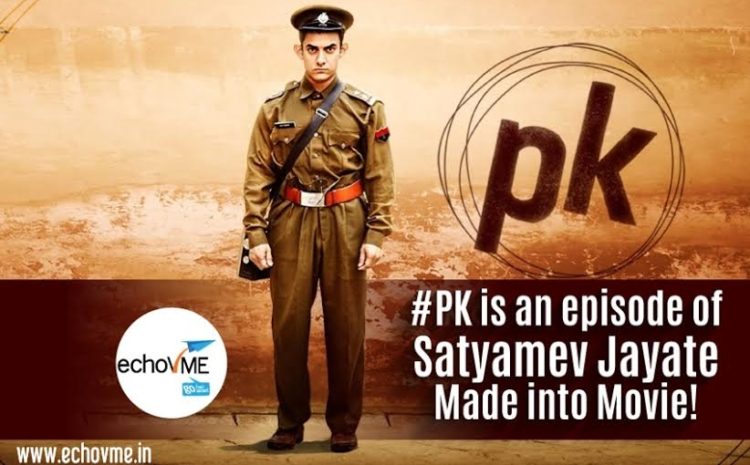 You should! That’s an absolute yes! Aamir Khan proves it again that becoming a stereotype actor isn’t his cup of tea unlike other Khans! He is on his own and that makes this movie spectacular! While you might go with a lot of expectations, you might not be disappointed if you really take the key message along with you! The whole idea of looking at religions from an Alien’s point of view makes this movie hilarious, yet interesting! While the screenplay is strong, supporting actors could have played stronger!

Sushant Singh Rathore is mesmerising while Anushka comes out of her bubbly Punjabi positioning and plays at her controlled best. It was strictly No Over Acting! The idea of making Sushant and Anushka fall in love and that too in Belgium was the icing on the cake and I have already decided to make my holiday plans to Belgium 😀

One thing is clear! I am not distancing any religion after watching this movie! After all no one comes with a tag! Religion, Rituals is man defined and God can only help through you! You are God! Aamir has been motivating to bring a change through Satyamev Jayate and he does the same through this movie with a lot of entertainment!

Go spend your money on this one for a paisa vasool show!

PS: If you have seen Paresh Rawal’s OH My GOD! You will definitely draw comparisons!