What Mark Zuckerberg plans for India? 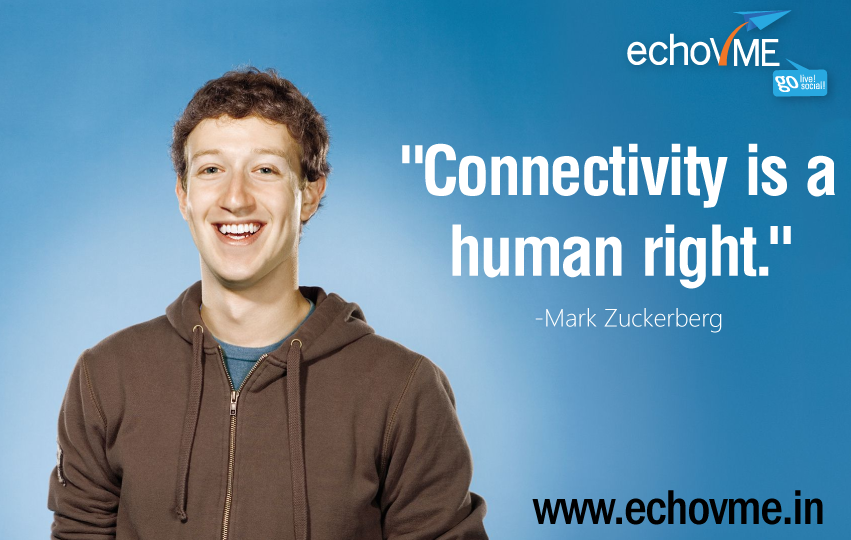 Facebook co-founder Mark Zuckerberg’s plan to visit India for the internet.org summit has left most of us to wonder “what are the plans of the young billionaire to bring India to the limelight?” We need to get a comprehensive idea of the digital plan.

Internet.org is an organization led by Facebook to bring internet access to everyone in the world. Mark Zuckerberg believes that people in the world can progress and achieve things easily when they are well connected. So, internet technology plays a major role in achieving this connectivity.

“In India there are 243 million people who have access to the internet and more than a 100 million are on Facebook. Even though this is a good number, still a billion people in India do not have the access to internet. They do not get the same opportunity as these 243 million internet users and the world is being robbed of the creativity and the ideas because so many people in India are not online yet” says Mark Zuckerberg.

Now, people might think with the amount of mobile phone users rising up, it is only a matter of time before they are connected to the online world. But, the cost of connectivity to the internet appears to be higher than the phone itself.

There are 3 major barriers to lack of internet connectivity.

Around 10 to 15 percent of the world’s population does not live in the range of existing 2G or 3G network. There are around 600,000 villages in India that faces this challenge.

The affordability of most people to have an internet connection is a major limiting factor. Zuckerberg further stated that just by lowering the prices of the data plans we cannot achieve a long term sustainable solution to this problem.

a. Lack of Local Language content: 80% of the content on the internet is in just 10 languages. This plays a major role in rural India to adopt internet as their solution for any content.

b. Cultural barrier: “In developing countries, 25 percent fewer women are online compared to men”, Mark Zuckerberg pointed out. This cultural barrier must be demolished to give women equal rights.

c. Lack of knowledge of the usefulness of internet: Zuckerberg also stated that a lot of people have never experienced the internet and just don’t know why they would want that. And 69% of Indians are not connected to the internet because they have not experienced it.

So, to address these problems the internet.org has been taken several initiatives in the past few years. One model proposed by Zuckerberg was the “911 of internet”. As a part of this 911 model free basic internet services will be provided to everyone in the world. This initiative by internet.org has already connected 3 million users to the internet.

Zuckerberg also stated about there are new technologies that are being worked on to address the infrastructural barrier that prevents the 10-15 percent of the people of the world from connecting to the internet.

Here’s the good news for all the Facebook’s android app users! Zuckerberg stated that data efficiency will also help in providing efficient internet connection to the individuals where the data costs are high. He also said that the Android app of Facebook is now 50% faster and consumes 50% less data.

Zuckerberg has also announced a couple of new programs to improve the connectivity of India:

1. First, a contest to develop new apps & services in local languages. “We’ve a fund of $1 million to help the developers build and scale apps that will help farmers and migrant workers and students and women and we’re going to fund top apps in each of these categories”, said Zuckerberg.

2. Second, “We’re going to extend a program called FB start, which provides up to $40000 to developers who build and develop these apps in these categories” he added.

Zuckerberg mentions “Connectivity is a human right & getting connectivity to the world is one of fundamental challenges. When technology is sure to cross the whole society, that’s when we can start to make a real big leap forward. And historically, India has been really good at showing the ability to make these leaps.”

By making the digital plan for India, the next generation will have the opportunity to define the future and bring India to the world and the world to India.

Mark Zuckerberg is set to meet Prime Minister Narendra Modi today (10.10.2014) to discuss the digital plan for India. He has also stated that he is going listen to whole Digital India initiative from Narendra Modi. Get ready for a whole new Digital India.